A warm cinnamon roll is truly one of life’s greatest flavours. There is something so comforting about cinnamon and combined with a soft bun and icing it’s truly heaven. While these cinnamon buns are made in the oven the addition of a cast iron skillet brings a special flavour to the recipe. While the Skillet Cinnamon Rolls Recipe that is perfect for Sunday brunch you won’t be able to take it on your next camping trip unless you have an RV. If that’s what you are looking for, check out our favourite camping recipes. Just talking about homemade cinnamon rolls makes me hungry. Can’t you almost smell them? My mouth is watering just thinking about it.

While homemade cinnamon buns take a bit longer the flavour is absolutely worth the extra time and effort. Note some of the instructions for skillet cinnamon rolls to ensure that they rise and turn out just the way you will want them. Want to modify the flavour? Add some orange peel to the icing or dough to make them skillet orange cinnamon rolls. Double yum! 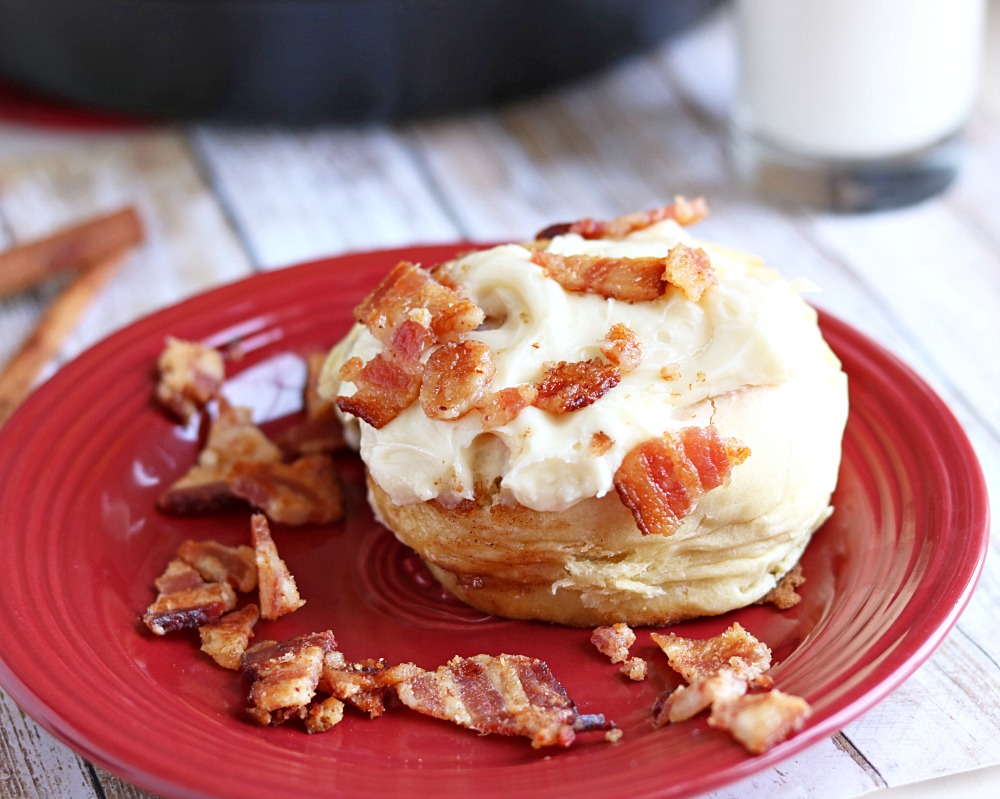 The combination of the sweet skillet cinnamon roll and the salty bacon make for a divine combination.

Can I Make Cinnamon Rolls in a Skillet?

Yes, you sure can! Cinnamon rolls pack well into a skillet because of their round shape and allow for the rolls to expand without overflowing the skillet.

Step one: Gather together your ingredients 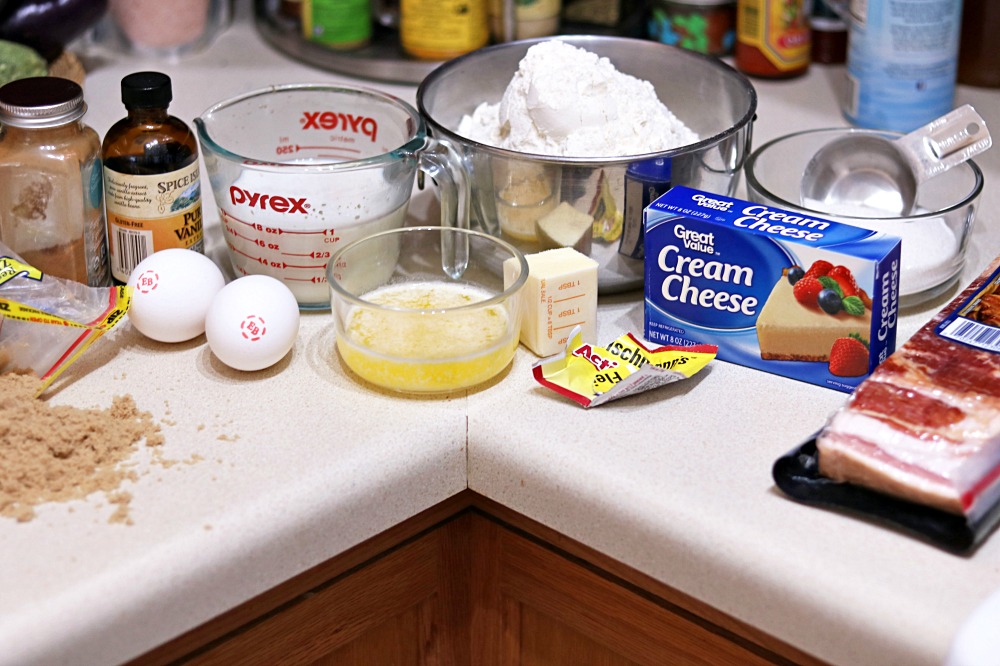 Step two: All the yeast and milk to work together.

Step four: Add flour to a mixing bowl and pour milk mixture over it. Mix until well combined, then let rest for 1 hour.

Step five: In a separate bowl add filling ingredients and mix together. 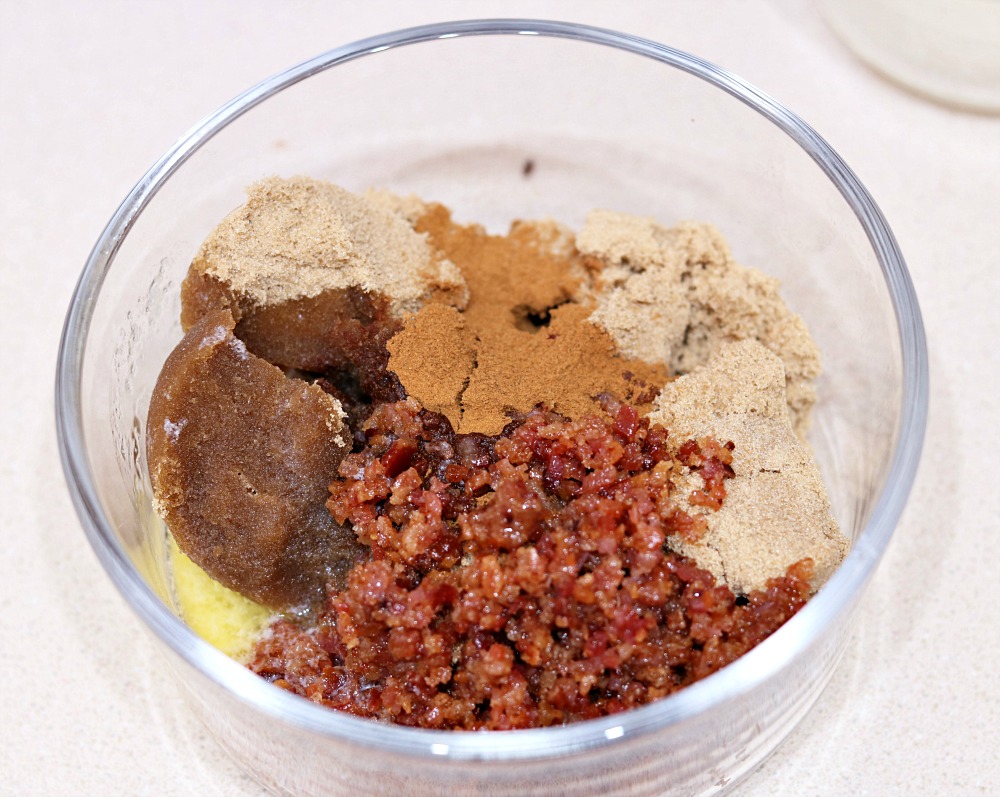 Step six: Roll out dough into a large rectangle and evenly sprinkle the filling mixture. 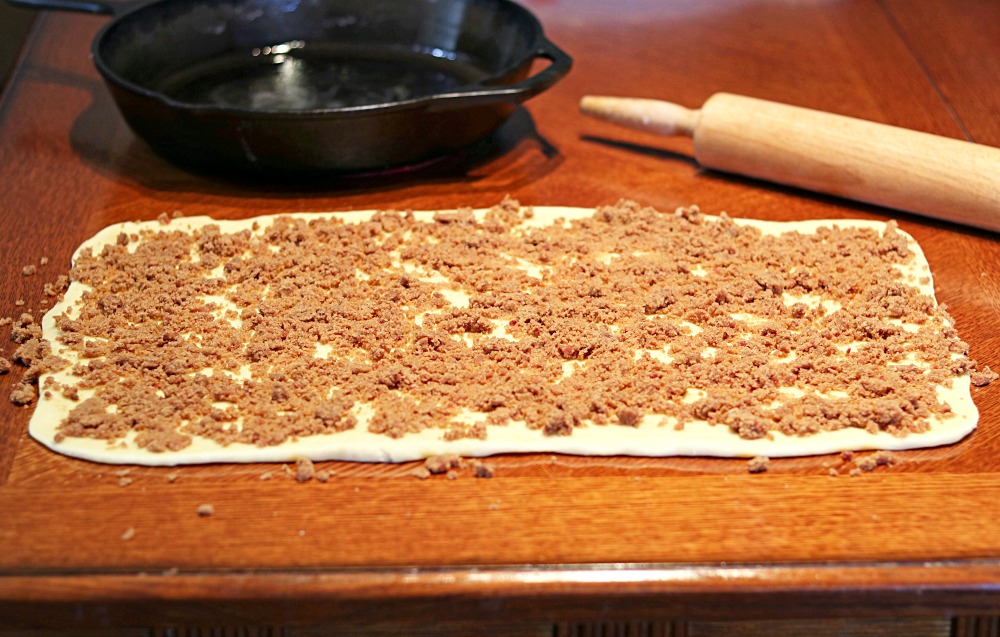 Step seven: Roll along the long edge and cut into 7 rolls. 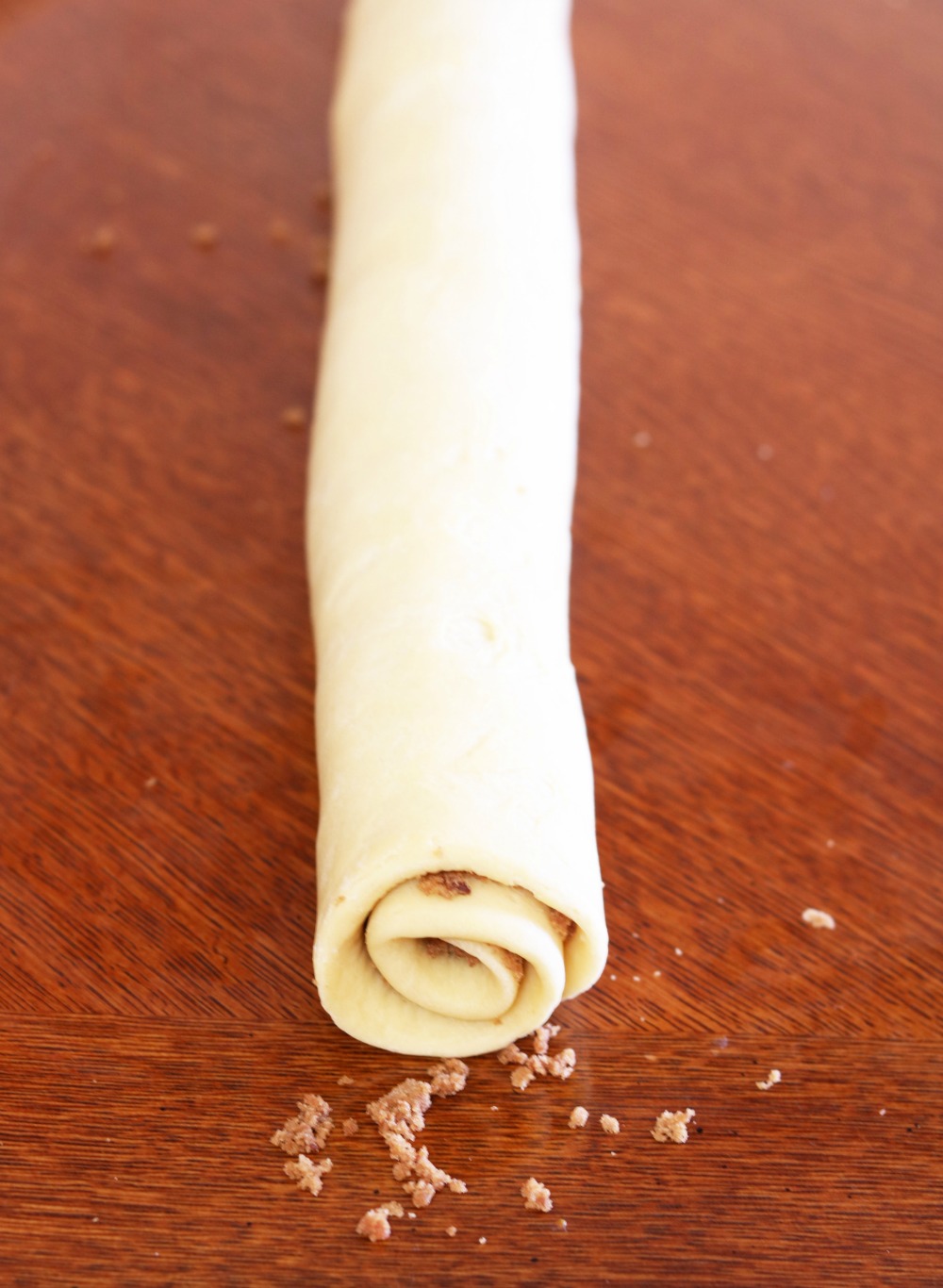 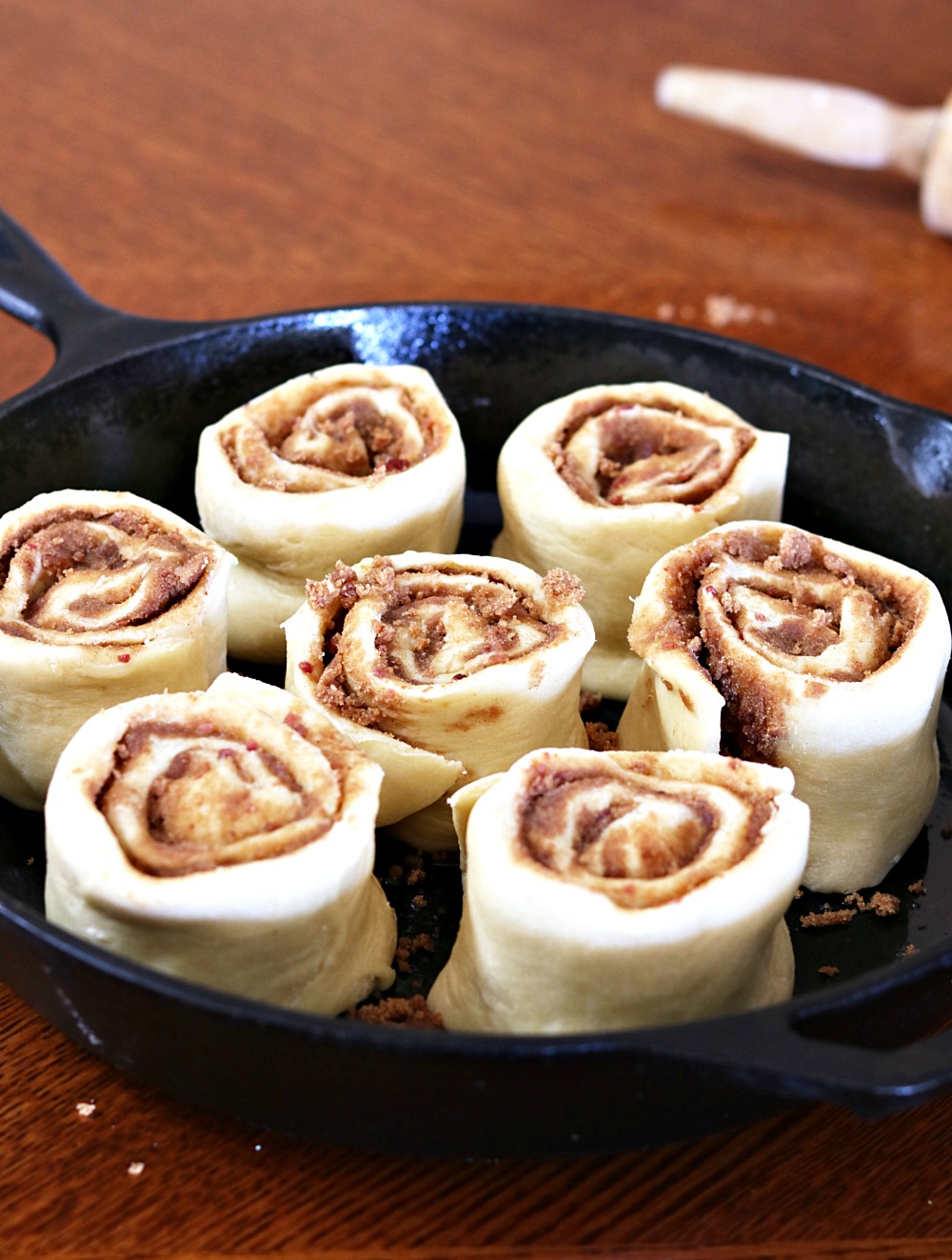 Step eleven: Once baked allow to cool and top with frosting and chopped bacon. 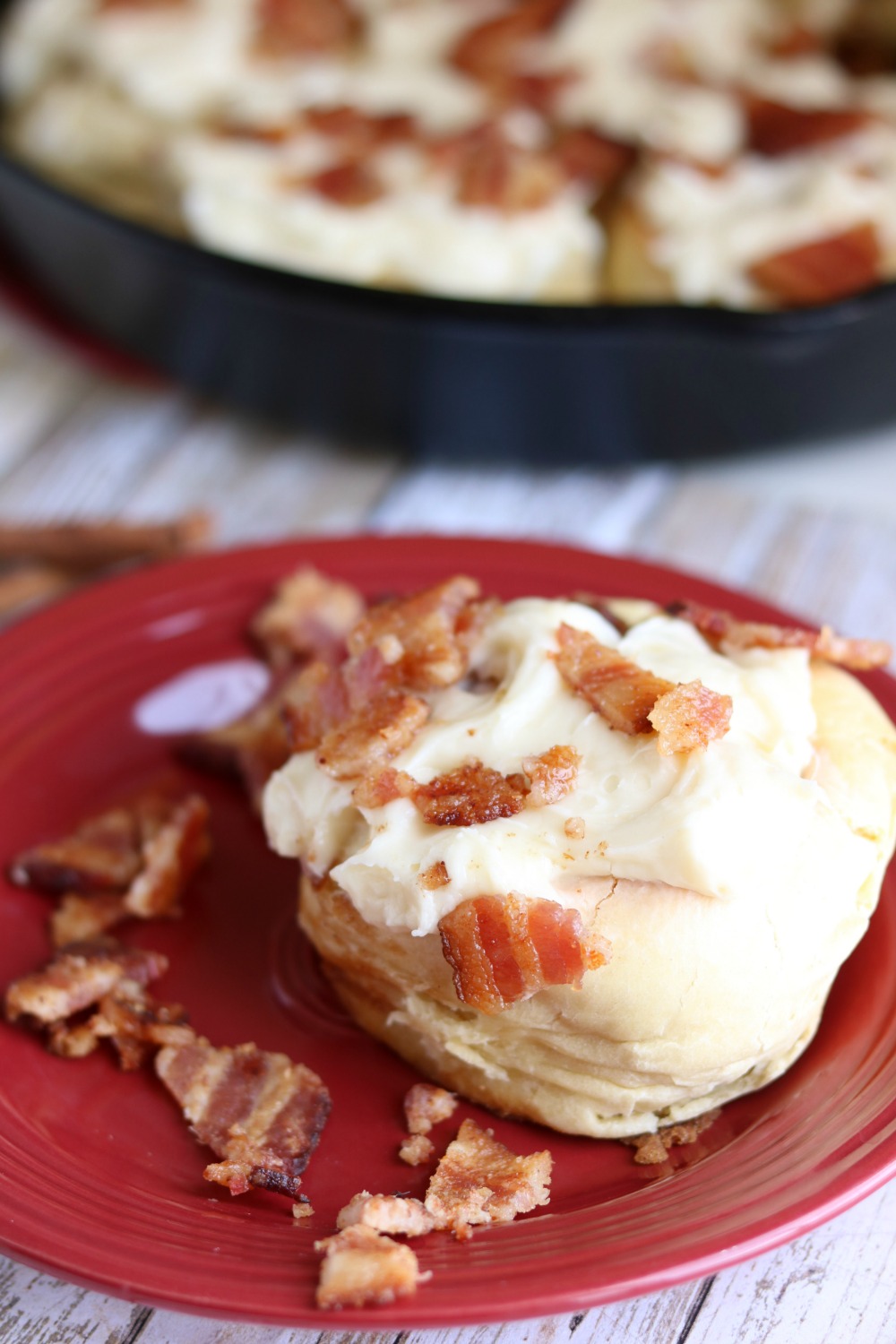 A delicious recipe for cinnamon rolls that can be made in a skillet. While they take a bit longer than pre-made cinnamon roll dough the flavour and ingredients are truly worth the extra time.

While the recipe calls for bacon to top the cinnamon rolls you are welcome to add other ideas, like orange, chocolate, lemon, vanilla bean etc. 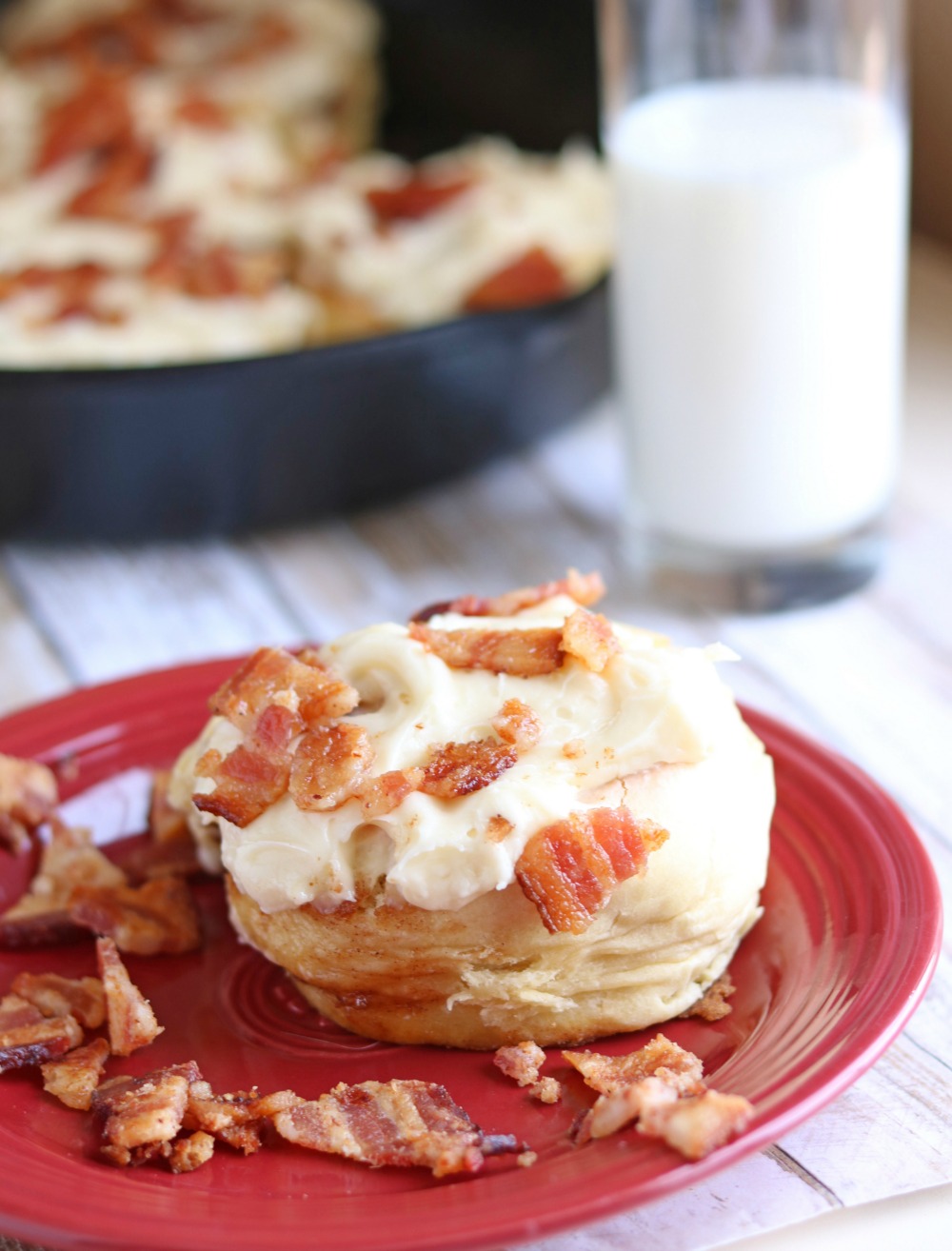 We can’t wait to hear what you think of our Skillet Cinnamon Rolls – let us know in the comments below.

Disclosure: This post contains an Amazon affiliate link. I may earn income if you click on it.