If the title, Mamma Mia doesn’t make you start singing then you don’t know how amazing these movies are!

We are thrilled to review and giveaway a copy of Mamma Mia: Here We Go Again! on Blu-Ray and DVD

Such a fun and energetic movie. You will want to watch it again and again! 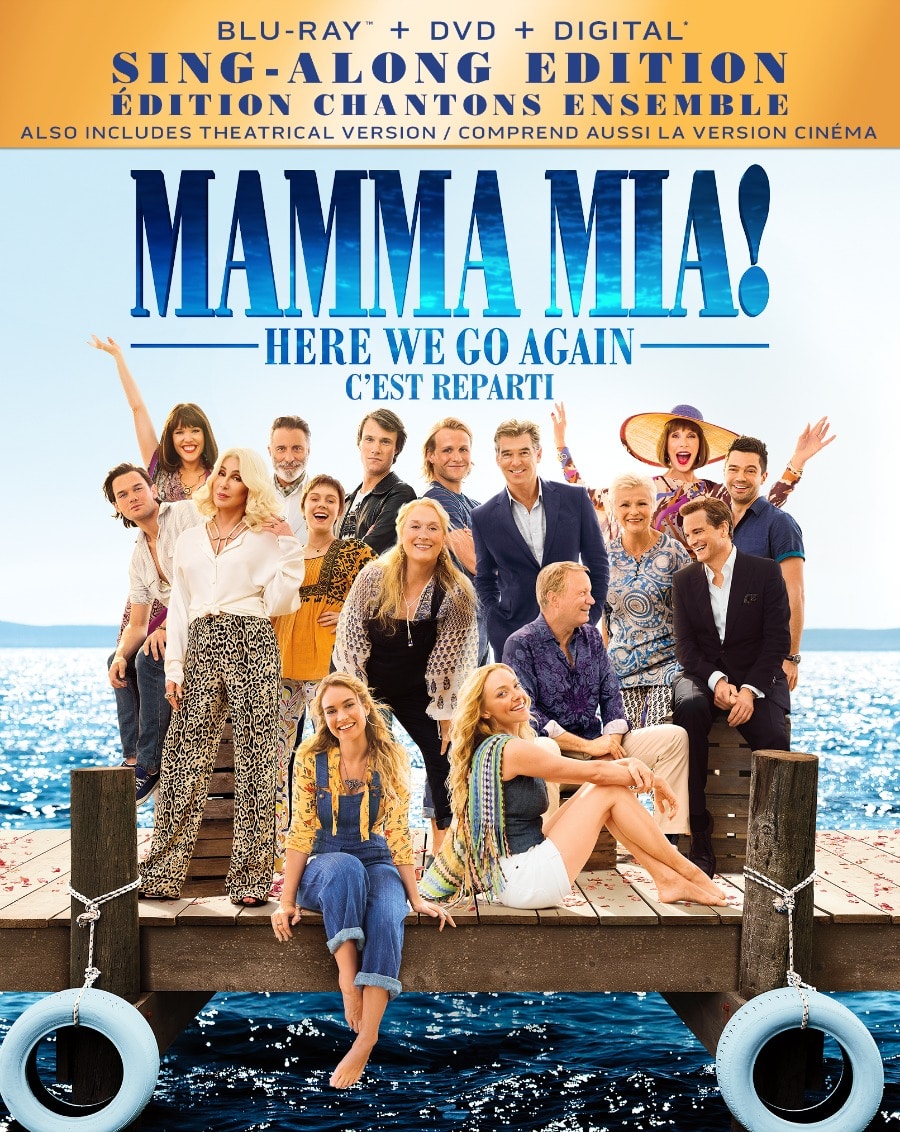 Get ready to sing and dance, laugh and love all over again. Ten years after Mamma Mia! The Movie grossed more than $600 million, you’re invited to return to the magical Greek island of Kalokairi in an all-new original musical based on the songs of ABBA. With the film’s original cast returning and new additions including LILY JAMES, ANDY GARCIA and Oscar® winner CHER.
Mamma Mia! Here We Go Again is produced by JUDY CRAYMER, p.g.a., and GARY GOETZMA, p.g.a. producers of the original film. Craymer is also the creator and producer of the Tony Award-nominated and worldwide smash – hit stage musical. OL PARKER, the writer of The Best Exotic Marigold Hotel, writes the screenplay and directs the sequel from a story by RICHARD CURTIS, Parker and CATHERINE JOHNSON, who wrote the original musical Mamma Mia!
— upon which this film is based. BENNY ANDERSSON and BJÖRN ULVAEUS return to provide music and lyrics and serve as executive producers.
RITA WILSON, TOM HANKS, CURTIS, PHYLLID A LLOYD, and NICKY KENTISH BARNES also serve as executive producers.
Reprising their roles from Mamma Mia! The Movie is Academy Award® winner MERYL STREEP as Donna, JULIE WALTERS as Rosie and CHRISTINE BARANSKI as Tanya. AMANDA SEYFRIED and DOMINIC COOPER reunite as
Sophie and Sky, while PIERCE BROSNAN, STELLAN SKARSGÅRD and Oscar® winner COLIN FIRTH return to play Sophie’s three possible dads: Sam, Bill, and Harry.
Bill and Harry.
As the film goes back and forth in time — showing how relationships forged in the past resonate in the present — James plays the role of Young Donna. Filling the roles of Young Rosie and Young Tanya are ALEXA DAVIES (A Brilliant Young Mind) and JESSICA KEENAN WYNN (Broadway’s Beautiful). Young Sam is played by JEREMY IRVINE (War Horse), while Young Bill is JOSH DYLAN (Allied) and Young Harry is HUGH SKINNER (Kill Your Friends).

Enter to Win your own copy of Mamma Mia! Here We Go Again

Good luck to all those who enter!

Entry-Form
Disclosure: I was supplied a copy of the film to facilitate my review.