For the longest time – probably longer than anyone I knew I only watched Netflix on my TV or my computer. I would download programs to my iPad for travel but I was a traditionalist in my Netflixing. Then I realized the magic of watching Netflix anywhere I go. Whether it’s watching part of an episode while waiting for my boys’ school bus, or at the Doctor’s office I am now one of those people that watches Netflix in public. Are you? 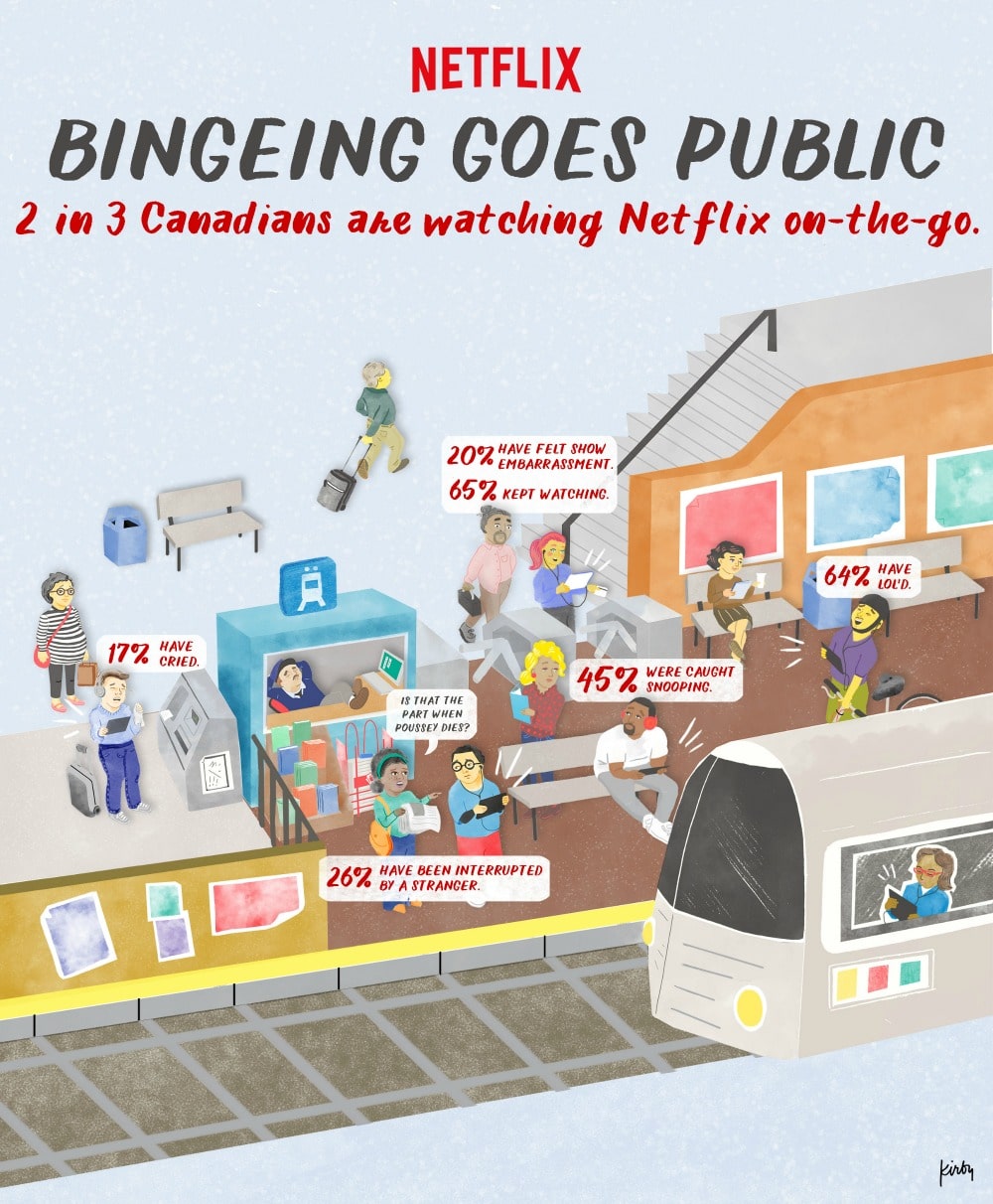 Do you Netflix in Public?

I love how convenient it is to watch your favourites anywhere, anytime. We have some stats about how Canadians are watching Netflix in public – which one will you identify with?

Air travel is the top setting for Canadians binging in public (57%) and with the holidays around the corner, the Netflix Download feature is the key to keeping entertained as you travel, with or without WIFI! Here are a few more Canadian stats we think could make for a great holiday travel story: 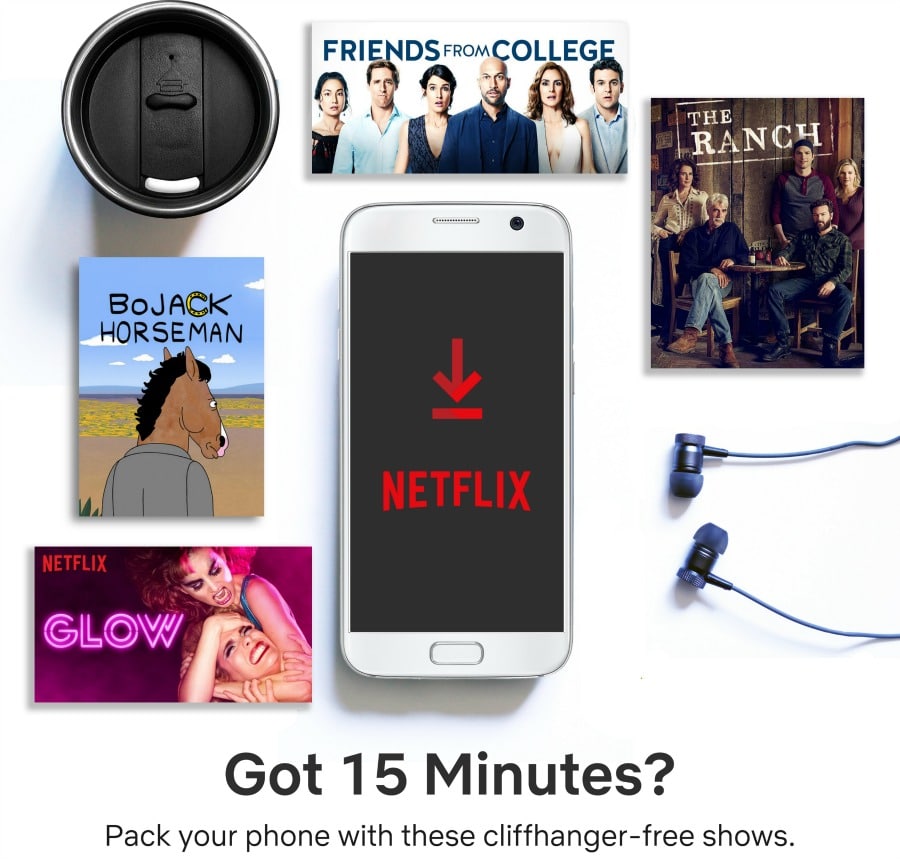 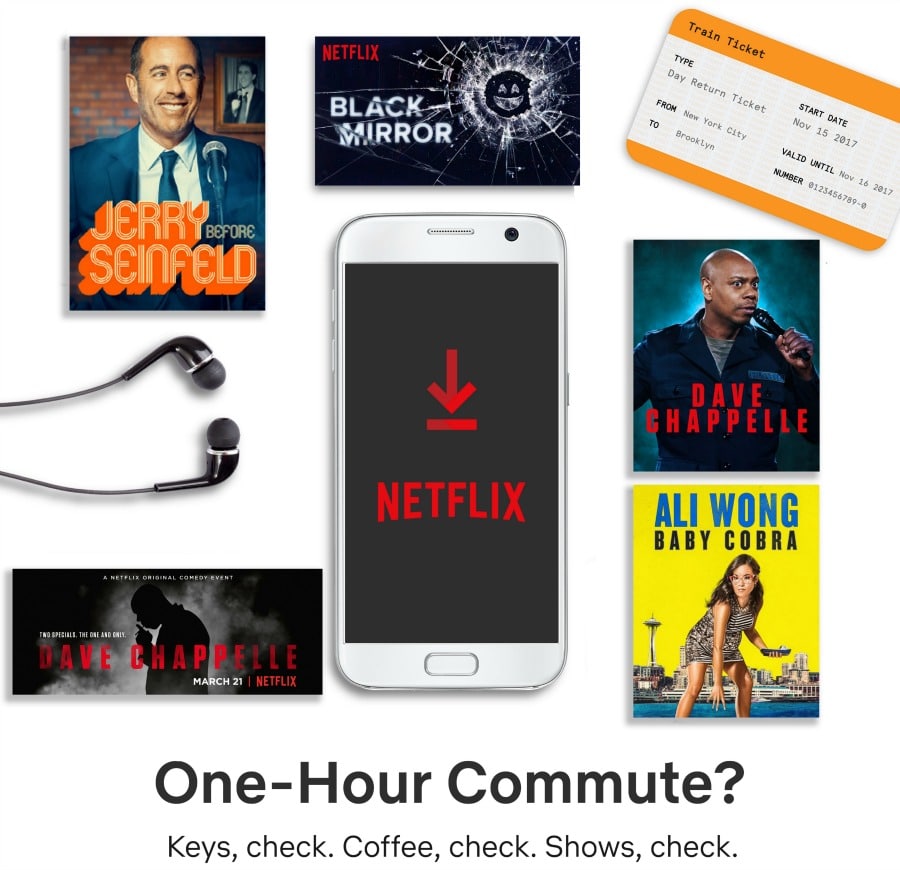 The survey also reveals the most common experiences for Canadians bingeing in public:

We’d love to hear your favourite places to watch Netflix and any fun stories you have about seeing others watch in public. Leave them in the comments below!

Methodology
*The survey was conducted by SurveyMonkey from August 24 – September 7, 2017 and based on 37,056 responses. The sample was balanced by age and gender and representative of an adult online population who watch movies and TV shows via streaming services in public settings in The United States, Argentina, Australia, Brazil, Canada, Chile, Colombia, France, Germany, India, Italy, Malaysia, Mexico, Netherlands, Philippines, Poland, South Korea, Spain, Sweden, Taiwan, Thailand and Turkey.

Disclosure: As a member of the StreamTeam I receive special perks for my participation.