I love that so many of my favourite actors are still making great films. The Wizard of Lies stars Oscar® winner Robert De Niro and Oscar® nominee Michelle Pfeiffer in a critically aclaimed story of Bernie Madoff and the largest Ponzi scheme in U.S History.

HBO’s The Wizard of Lies is an exciting and captivating film that takes you inside a scandal that shocked the world. 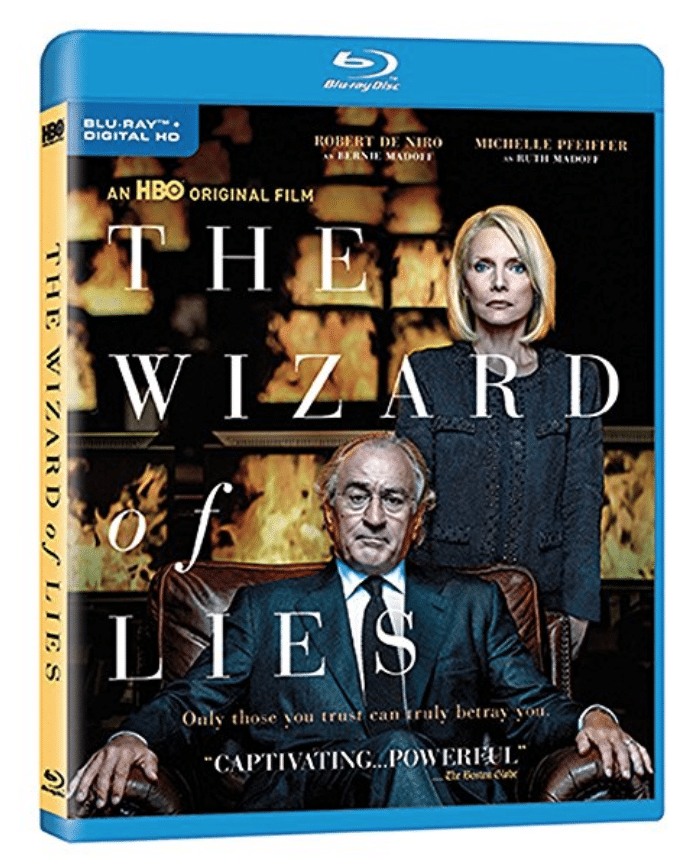 HBO’s The Wizard of Lies

In 2008, stockbroker, investment adviser and financier Bernie Madoff made headlines around the world when he was arrested for perpetrating the largest Ponzi scheme in U.S. history. HBO Films’ The Wizard of Lies chronicles the events that led up to Madoff’s admission and the devastating aftermath. Watch Robert De Niro give “one of this best screen performances” (The New York Times) when The Wizard of Lies is available for Digital Download July 10th, 2017 and on Blu-ray™ and DVD October 3rd, 2017.

Starring two-time Oscar®-winner Robert De Niro as Bernie Madoff and three-time Oscar® nominee Michelle Pfeiffer as his wife Ruth, this HBO Films drama dissects the events that led to the Wall Street financier’s stunning downfall in December 2008 for defrauding investors of over $65 billion in the most infamous Ponzi scheme in U.S. history. Directed by Oscar®-winner Barry Levinson, The Wizard of Lies vividly recounts Madoff’s audacious deceptions that culminated in his vilification while catapulting his wife and two sons into a harsh and unrelenting spotlight, with tragic consequences.

We had limited knowledge of the Bernie Madoff scandal other than to read news headlines. For that reason the movie was captivating. It was a window into a world were Bernie Madoff demonstrated that he didn’t care, nor did he fully understand the magnitude of his crime resulting in the ruining of so many lies. It’s absolutely unbelievable that someone could be this selfish but indeed it is my understanding that was exactly who he was. Loved the acting by De Niro and Pfeiffer – a really excellent film.

Disclosure: I received a copy of this film to facilitate my review. As always, all opinions are my own.