It’s no secret I’m divorced so when I was asked to review HBO’s Divorce: The Complete First Season I was a bit hesitant. Would it bring up emotions from my own experience? Would I find anything funny about someone else’s divorce? Would I relate to their experience? The answer to all of these questions is yes, absolutely. So much of it hit home and while there were some uncomfortable moments watching it, I was compelled by both Sarah Jessica Parker and Thomas Hayden Church’s performances. The part I found funny wasn’t their experiences (although a few were humorous) it was definitely Molly Shannon’s character Diane’s marriage that made me laugh at it’s absurdity.

Whether you can relate to the difficulties of marriage or not, [easyazon_link identifier=”B01NAZN17P” locale=”US” tag=”famfooandtr06-20″]Divorce: The Complete First Season[/easyazon_link]is a compelling show that draws you in and allows you to see the real emotion and experiences of it’s characters. While it’s not a light hearted show (divorce rarely is in my experience) you will find yourself caught up in the darkness, the uncomfortableness and yearning to understand more about how this family will move on following their Divorce. 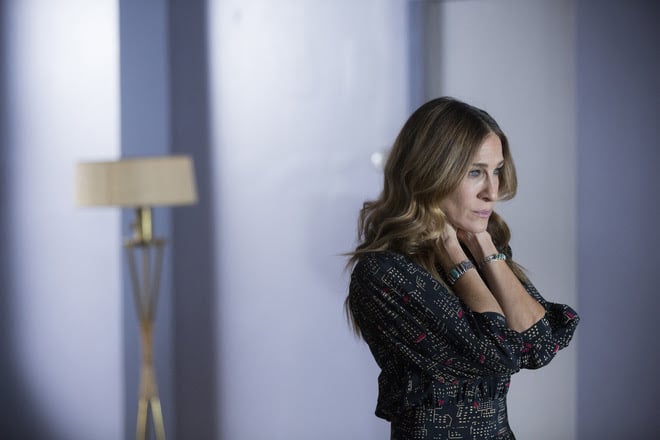 The woman who brought to life one of HBO’s most iconic characters inSex and the City now stars in the HBO comedy Divorce. See for yourself why the “terrifically on point” (Washington Post) Sarah Jessica Parker earned a Golden Globe nomination (Best Actress in a Comedy Series) for her role in the new hit series. Available on Blu-ray™ and DVD on May  9th, Divorce: The Complete First Season includes a free digital download plus exclusive audio commentaries including a bonus feature with actress and executive producer Sarah Jessica Parker, executive producer/writer Paul Simms, and more.

Created by Sharon Horgan (creator and star of the Emmy®-nominated series Catastrophe), Divorcecenters on Frances (Sarah Jessica Parker), who, after more than a decade of marriage and two children, has suddenly begun to reassess her life and her strained relationship with her husband Robert (Thomas Haden Church). The story of a very, very long divorce, the 10-episode first season follows Frances and Robert as they grapple with the fallout from their failing union, not just for themselves, but also for their children and friends. Finding sharp, observant humor in tense situations ranging from awkward public encounters to bitter private therapy sessions, Divorce is about two people at the most difficult moment in their lives, feeling more intense emotions for each other than they’ve felt in years.

Disclosure: I received a copy of Divorce: The Complete First Season to facilitate this review.  As always, all opinions are my own.