Our new favourite addition to my daughter’s Playmobil world is the Playmobil Pirates collection. This is quite the departure from our Playmobil City loving kid but it has proven to be such a wonderful extension to the hours of imaginative play.

As soon as we looked at the boxes we knew we were in for a new adventure and in true Playmobil style no detail was forgotten. As we began to build the Pirate Raft (6682) I was amazed that the raft held 2 shootable canons and actually floats quite stably in water. It now makes a regular appearance in bath time pirate fun! 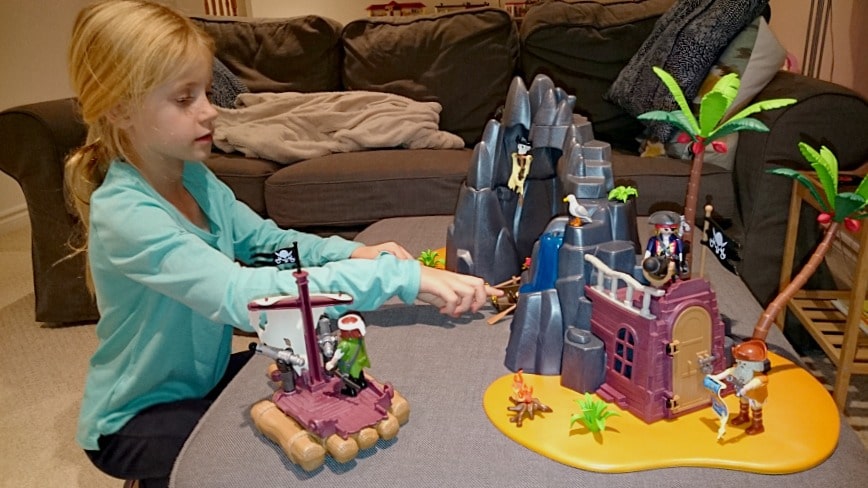 As a parent I’m so proud to see how my daughter has begun taking part in the construction of new sets. At 7 years old, she can now navigate the picture instructions and is taking on the roles of both ‘forewoman’ and builder! She was super excited as we began to construct the Playmobil Pirates Pirate Treasure Island (6679) and was coming up with scenarios and ideas for play before the set was even completely built. It is such a fun and interactive set that really encourages open-ended imaginative play. Suddenly my daughter had this crazy pirate accent and was cornering the bad pirates over the secret drop zone. She was bringing in princesses from her Princess World to rescue the imprisoned British Red Coats from the hidden cave behind the waterfall. Then all the good guys sailed off in the Playmobil Pirates Soldier Patrol Boat (5683) with Maddy’s favourite character at the helm. 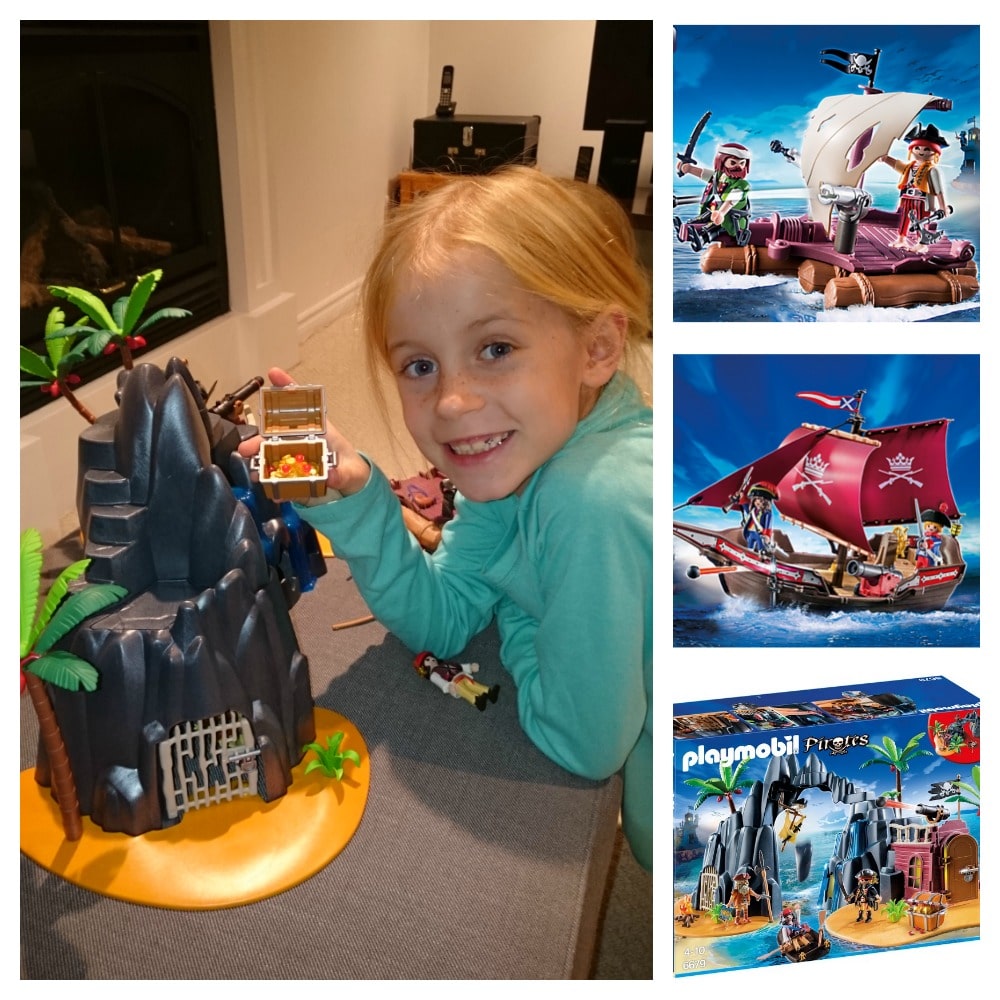 Sometimes I just sit and listen to the dialogue while my daughter plays Playmobil by herself and truly I don’t know of any other toy that has the power to inspire her imagination the way Playmobil does. Her characters solve problems and deal with disappointments and work together to set things right.  I often hear her working through things that are happening in her own life and I feel proud of how she is beginning to see the world. The good guys make mistakes and the bad guys often feel remorse and look to make better choices.

The possibility for play never ends with Playmobil.