Not knowing much about Everybody Wants Some!! I was definitely unsure what kind of movie it would be. From the moment it began I loved the storyline of the baseball team and found the movie funny, and nostalgic. Fantastic music, great acting and a storyline that engages you, Everybody Wants Some!! is the perfect summer movie. Written and directed by Richard Linklater best known for Dazed and Confused and Boyhood Everybody Wants  Some!! is awesome in every sense of the word! 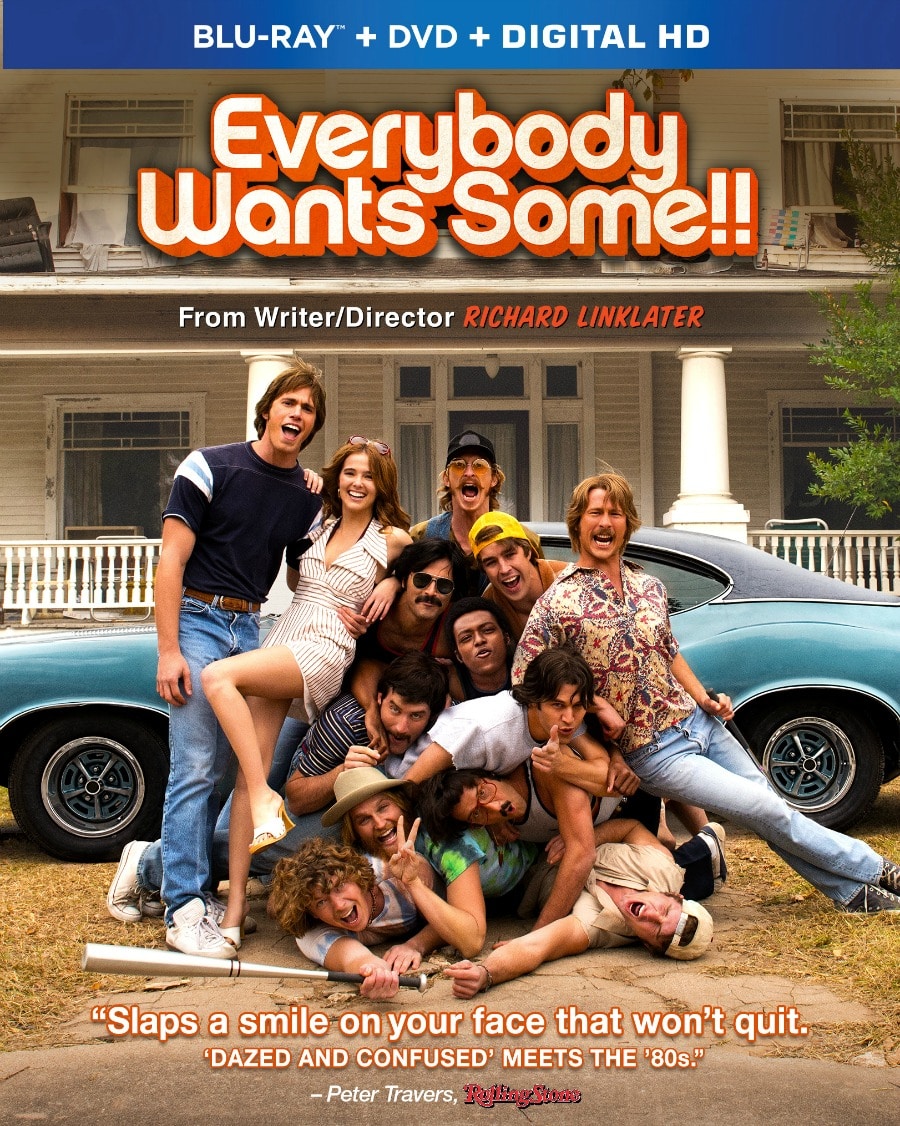 Hailed by critics as “fun, irreverent and downright hilarious” (Michael Calore,Wired), EVERYBODY WANTS SOME!! follows freshman pitcher Jake as he arrives at college in the summer of 1980 and meets his new rowdy teammates.  Together, they must navigate their way between girls, parties and baseball, all in the last weekend before school begins.  The film features an outstanding ensemble cast of up-and-coming actors including Blake Jenner, Tyler Hoechlin, Wyatt Russell, Glen Powell, J. Quinton Johnson, Ryan Guzman and Zoey Deutch.

The EVERYBODY WANTS SOME!! Blu-ray Combo Pack with Digital HD features 45 minutes of behind-the-scenes footage including 25 minutes of hysterical outtakes. Plus, experience the comical audition process each guy had to complete in order to land his role. Then, watch the cast hilariously describe their experiences with Richard Linklater’s impressive memory.  Finally, see how the cast transformed into their 80’s counterparts, and check out the incredible training everyone had to go through in order to prepare for the major dance sequences.

EVERYBODY WANTS SOME!! Blu-ray Combo Pack

The Blu-ray Combo Pack available for purchase includes a Digital HD version of the film that can be accessed through UltraViolet™, a way to collect, access and enjoy movies.  With UltraViolet, consumers can add movies to their digital collection in the cloud, and then stream or download them—reliably and securely—to a variety of devices.

EVERYBODY WANTS SOME Single-Disc DVD