Based on real-life reporter Kim Barker’s revealing and funny memoir about covering the war beat in the Middle East, WHISKEY TANGO FOXTROT is a sharp and savvy film that critics are calling “boldly entertaining” (Stephanie Zacharek, Time).  A satirical take on combat journalists and an illuminating story of self-discovery, the film follows Kim (Fey) as she decides to shake things up by taking a dangerous assignment in Afghanistan.  There, in the midst of chaos, Kim discovers her true strength as she risks it all to find the next big story.  The film features an all-star ensemble cast including Margot Robbie (The Wolf of Wall Street, Suicide Squad), Martin Freeman (The Hobbit: An Unexpected Journey), Billy Bob Thornton (“Fargo”), and Alfred Molina (Spider-Man 2). 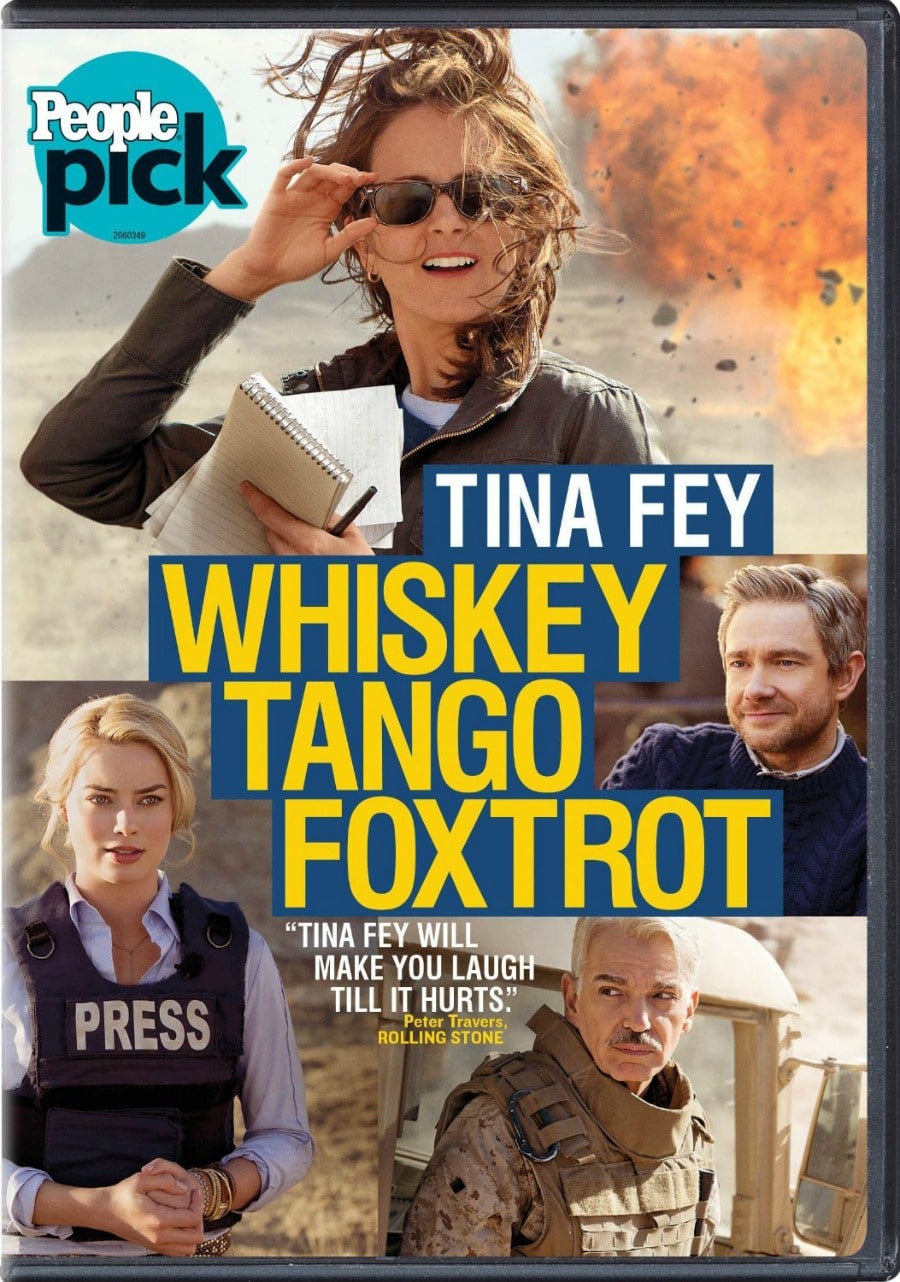 The WHISKEY TANGO FOXTROT Blu-ray Combo Pack with Digital HD includes over 45 minutes of bonus content.  Take an extensive behind-the-scenes look at the making of the film, and catch an in-depth interview with Kim Barker, upon whose memoir the film is based. The Blu-ray also includes deleted and extended scenes and much more.

·    All In: The Making of Whiskey Tango Foxtrot

·    Embedded In Reality – Find out how the military played a pivotal role in bringing the movie to life.

·    Wedding Party – Delve into the rich Afghan culture with a fun featurette on the joyous wedding celebration from the film.

·    Laughing Matters – See how the characters relied on drinking, partying and other vices to cope with the constant threat of danger.

The Blu-ray Combo Pack available for purchase includes a Digital HD version of the film that can be accessed through UltraViolet™, a way to collect, access and enjoy movies.  With UltraViolet, consumers can add movies to their digital collection in the cloud, and then stream or download them—reliably and securely—to a variety of devices.

Enter to win a copy of Whiskey Tango Foxtrot