Whether you are a Trekkie or not, the release of Star Trek XI and Star Trek Into the Darkness are a big deal. The first to be released in 4K Ultra HD and now packaged for home viewing you will love the experience of watching these films and delving into the world of Star Trek. There is nothing like viewing Star Trek on 4K Ultra HD. 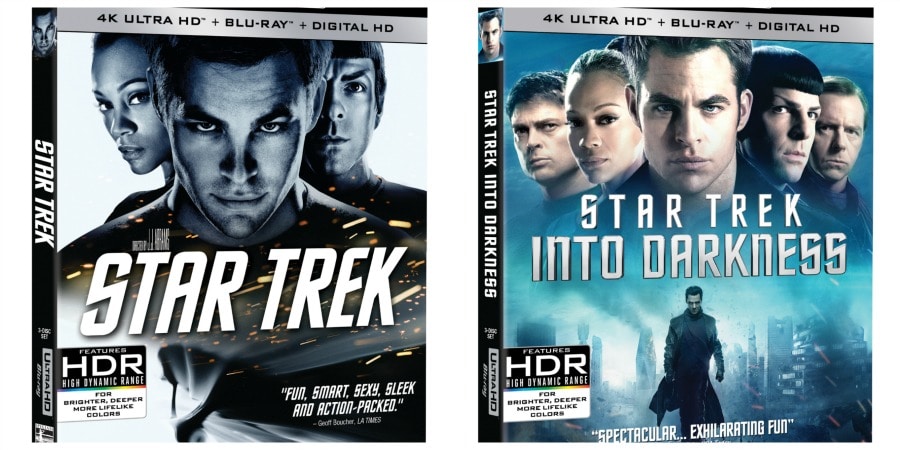 Aboard the USS Enterprise, the most-sophisticated starship ever built, a novice crew embarks on its maiden voyage. Their path takes them on a collision course with Nero (Eric Bana), a Romulan commander whose mission of vengeance threatens all mankind. If humanity would survive, a rebellious young officer named James T. Kirk (Chris Pine) and a coolly logical Vulcan named Spock (Zachary Quinto) must move beyond their rivalry and find a way to defeat Nero before it is too late.

The crew of the Starship Enterprise returns home after an act of terrorism within its own organization destroys most of Starfleet and what it represents, leaving Earth in a state of crisis. With a personal score to settle, Capt. James T. Kirk (Chris Pine) leads his people (Zachary Quinto, Karl Urban, Zoë Saldana) on a mission to capture a one-man weapon of mass destruction, thereby propelling all of them into an epic game of life and death.