Based on the best-selling book by Michael Lewis, THE BIG SHORT details the true story of four outsiders who risked everything to take on the big banks during the greatest financial fraud in U.S. history.  Christian Bale, Steve Carell, Ryan Gosling and Brad Pitt deliver career-best performances in “the most wildly entertaining must-see movie of the year”
(Toni Gonzales, Fox-TV). 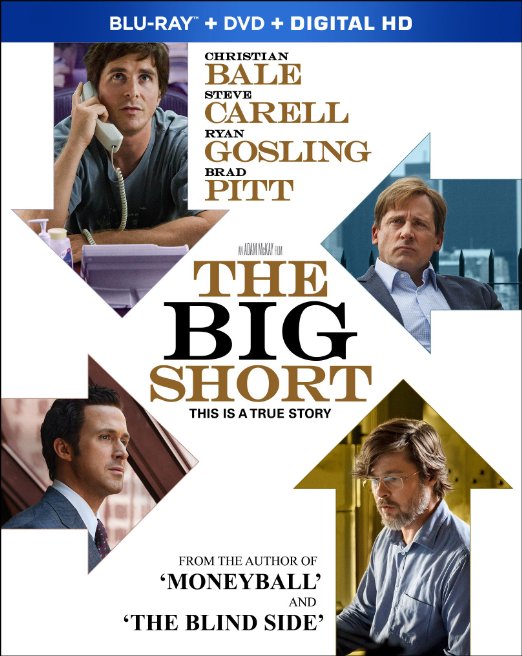 THE BIG SHORT Blu-ray Combo Pack with Digital HD is packed with over an hour of bonus content. Go behind the scenes with Ryan Gosling, Steve Carell and Christian Bale as they talk about their characters and the real people in this unbelievable true story, then discover the facts behind the gripping events as author Michael Lewis and the filmmakers discuss how the most incredible heist of the century was pulled off.  Plus, catch five deleted scenes that were not shown in theaters and hear director Adam McKay reveal the challenges he faced in bringing the book to the screen.

Our The Big Short Review:

Fantastic acting and a fascinating story. While detail heavy it is shown in a way that even those without financial system awareness (like me!) could understand the complexities of the housing bubble. You definitely need to pay attention while watching but in the end it’s an interesting film about a poignant time in our lives.

Enter to win the BluRay Combo Pack of The Big Short from Paramount Pictures. Contest is open to US/CAN and ends on March 31, 2016 at 11:59pm.