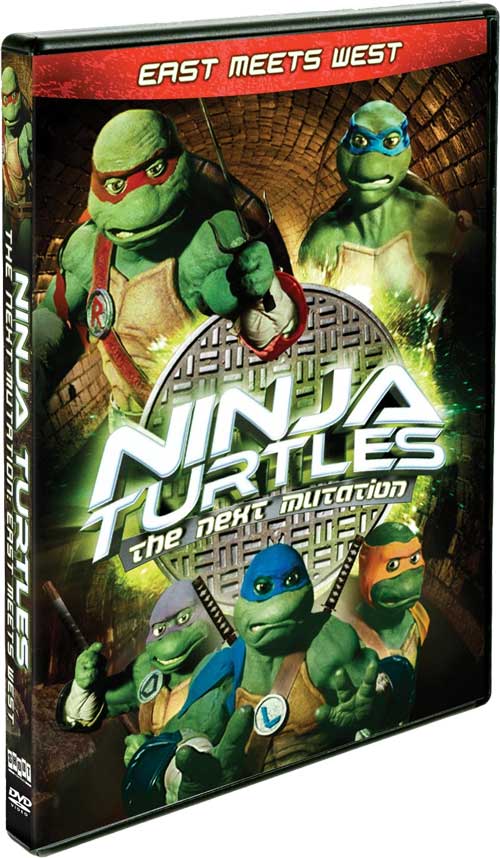 Cowabunga! Get ready for more memorable adventures with the Ninja Turtles! On March 4th, Shout! Factory, in collaboration with Saban Brands, will release Ninja Turtles: The Next Mutation – East Meets West on DVD, featuring the first seven episodes of the popular series. See all the exciting showdowns in the only live-action series based on the iconic Ninja Turtles franchise!

Leonardo, Raphael, Donatello and Michelangelo are four genetically mutated turtles who have grown into human-sized, ninja-powered crime-fighters living in the sewers of New York City. Under the tutelage of Master Splinter, these four teens have spent their formative years fighting their nemesis, Shredder, and his evil army. But the turtles’ world is about to change….and if you thought Shredder was bad, wait until you meet the newest TMNT foe: Dragon Lord! It will take all the power of the turtles to combat this new villain…but luckily for them, they will have help from a new ninja turtle, a female turtle named Venus De Milo!

A fun collection of episodes.  The boys loved that the Ninja Turtles were real characters, not animated.  But they did find the content a bit old for their age group.  This would be great for kids 6 and up who are Ninja Turtle fans.