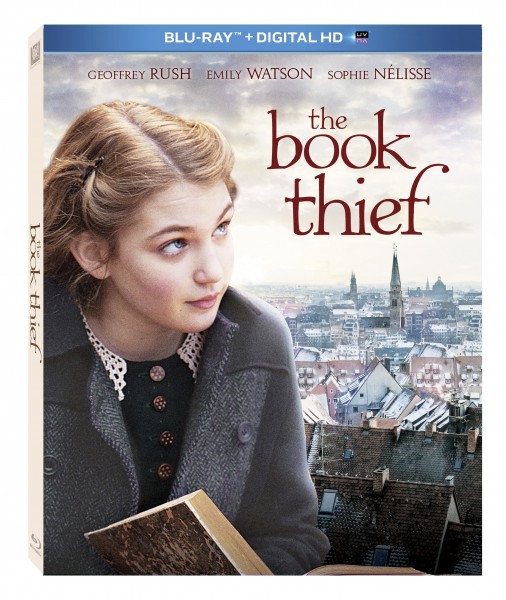 Based on the beloved best-selling book comes an “extremely moving” (Leonard Maltin, Indiewire) story of a girl who transforms the lives of those around her during World War II, Germany.  When her mother can no longer care for her, Liesel (Sophie Nélisse) is adopted by a German couple (OSCAR® Winner Geoffrey Rush* and OSCAR® Nominee Emily Watson**).  Although she arrives illiterate, Liesel is encouraged to learn to read by her adoptive father.  When the couple then takes in Max (Ben Schnetzer), a Jew hiding from Hitler’s army, Liesel befriends him.  Ultimately, words and imagination provide the friends with an escape from the events unfolding around them in this extraordinary, acclaimed film directed by Brian Percival (Downton Abbey). *Actor, Shine, 1996 **Actress, Hilary and Jackie, 1998; Breaking the Waves, 1996

Like many avid readers I am often perplexed as to why they turn some books into films if they are not going to ‘do it right.’  However, The Book Thief brings to life a story that captured my heart.  Told from the point of view of a young girl, WWII Germany and the many complexities of Nazi society are investigated, illuminated and challenged.  The movie will bring you to tears and remind you why family, humanity and books are important for all of us to keep hope alive.

Win a Copy of The Book Thief

Open to the US and Canada ending March 31/14