The Holiday are such a great time to gather with family and watch a great movie.  This December Disney is releasing two movies on Blu-ray – one, Ironman & Hulk: Heroes United brings two fanatastic Marvel Heroes together united in their efforts to have good win over evil and the second, a family favourite, Mary Poppins is released in a special 50th Anniversary Blu-Ray. These titles are Disney movies for the whole family. 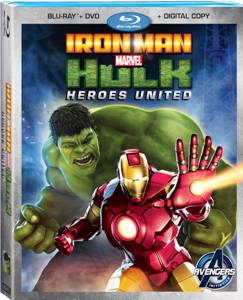 Marvel makes history again with one of the greatest Heroic team ups in the universe. Hulk’s brute strength and Tony Stark’s high-tech intellect come together to create a powerful duo necessary to face off against one of the most dangerous enemies.

When “Zzzax,” a seemingly invincible, energy devouring monster threatens to destroy the planet, these two Avengers are mankind’s only hope. Alone, neither can defeat the awesome power of Zzzax. As a team, they just might have a chance – if they can find a way to work together without smashing heads before time runs out!

Packed with explosive action, loaded with bonus features and presented in groundbreaking Marvel CG Animation, Iron Man & Hulk: Heroes United is a must-own movie event that will blow you away!

My boys were absolutely blown away by this movie, they were captivated by the action, the animation and the larger than life powers of Iron Man & Hulk.  The movie is a fun, entertaining and perfect for any comic fan. 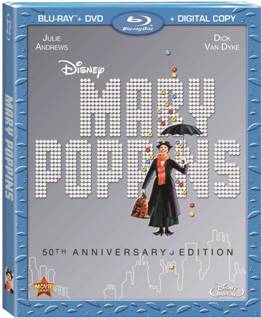 Releasing from the Disney Vault in celebration of its 50th Anniversary, creative visionary Walt Disney’s classic shines for the first time on Blu-ray. Starring Dick Van Dyke and Julie Andrews in her Academy-Award winning role, and featuring iconic toe-tapping songs including “A Spoonful of Sugar” and “Supercalifragilisticexpialidocious,” Mary Poppins is a movie experience your family will enjoy again and again. An all-new digital restoration adds even more magic – helping bring the award-winning songs and amazing picture to life like never before. Share the music; share the magic; share the joy of Mary Poppins this holiday on Blu-ray Combo Pack & HD Digital December 10.

With Saving Mr. Banks about to hit the big screen, Disney has revamped and restored a classic that I loved from my childhood.  The Blu-ray has impeccable quality and I found myself signing along to all of my favourites.  Hot Chocolate in hand I was transported back to memories of watching Mary Poppins with my mom.  A wonderful movie brought back and revitalized.  A perfect gift for Mary Poppins fans and a new generation waiting to witness her magic.