With two boys in our house Transformers Rescue Bots are a fan favourite.  When this DVD arrived my boys were ecstatic and could not wait to watch it. They love Optimus Prime and while we don’t have any transformer toys they think the movies are fantastic.  The idea that anything could change from a creature to a machine is miraculous! 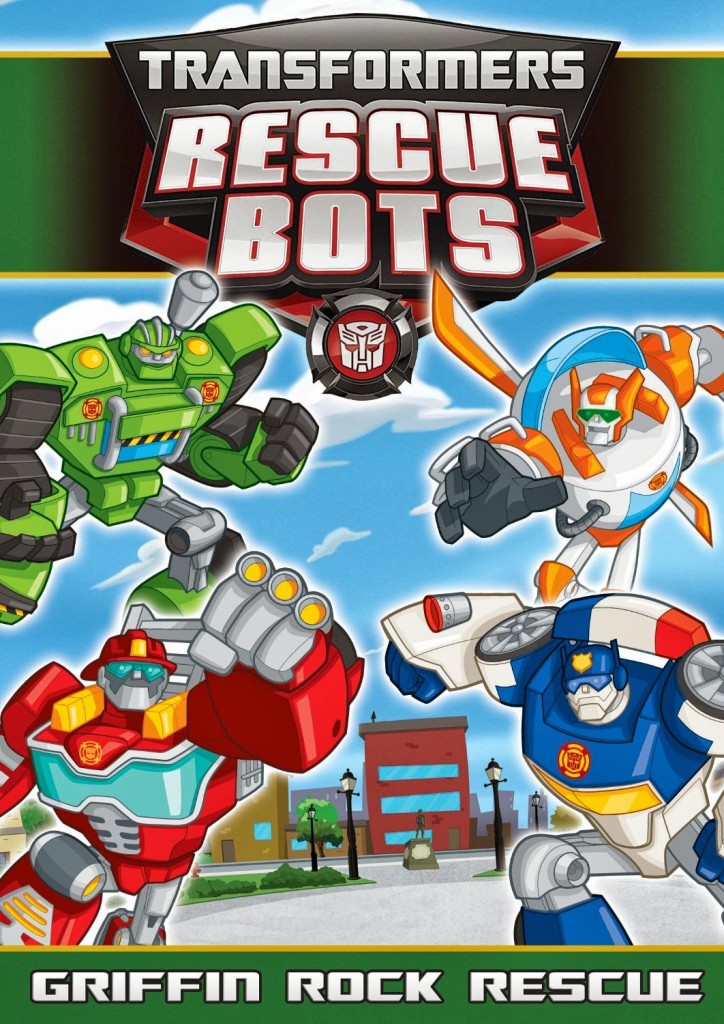 Everyone’s favorite Autobot first responders— CHASE, HEATWAVE, BLADES and BOULDER —return with more excitement filled episodes as they help keep the little town of Griffin Rock safe! On October 22nd, 2013, this fun-filled collection will be released on DVD from Shout! Factory Kids, in conjunction with Hasbro Studios.Featuring five exciting episodes that the whole family can enjoy, this DVD is priced to own with a suggested retail price of $14.93.

Join the RESCUE BOTS, along with their human friends, as they encounter Dr. Morocco’s strange new invention, learn about the mysteries of the Griffin Rock Triangle and accidently shrink themselves in gigantic adventures that will be fun for the whole family! Find all of this and more in TRANSFORMERS RESCUE BOTS: Griffin Rock Rescue!

The Reign Of Morocco

Does your family love the transformers?  What is your favourite character?