There are few shows that have captivated my attention like Scandal.  From the pilot episode I was hooked.  Great characters, great acting, great storyline – all the ingredients of a fantastic TV show. 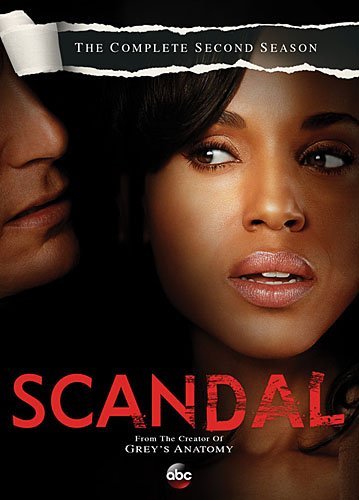 Experience every breathless, jaw-dropping moment as Olivia Pope and her team of “gladiators in suits” turn up the heat and raise the stakes in “Scandal: The Complete Second Season.”

For Olivia Pope and Associates, cleaning up other people’s messes takes a shattering personal toll.  Season Two blows the lid off Quinn’s identity, exposes Huck’s dark past, and uncovers Olivia’s darkest secret – something so shocking and enormous that it threatens the entire nation. From boardrooms to bedrooms, relive all 22 episodes of the explosive second season of “Scandal” including exclusive, never-before-seen bonus features with this riveting 5-disc set.

Bonus Features: A Closer Look: President Grant’s Assassination Attempt – Get an inside peek at how one of Season Two’s most pivotal scenes was shot (pun intended); Hanging with Huck – Spend the day with actor Guillermo Diaz and get to know the man behind the eclectic yet oddball character “Huck”; Extended Episode – Delve deeper into the drama with an episode featuring additional moments too revealing for broadcast television; Deleted Scenes – Discover more scandalous secrets through several never-before-seen moments from the hit series; Outtakes – Fans will laugh out loud at these funny, unseen moments from the set of “Scandal.”

If you aren’t watching Scandal, you should be.  It is action packed, filled with deep story-lines and intriguing characters.  The right mix of sexy, dramatic and political intrigue.  Season 2 really saw the implications of Defiance unravel and the search for the mole.  The battle between President Grant, Mellie and Olivia heats up and in the Season finale is one of the best episodes I’ve watched on TV in a long time.  It is truly fantastic television! I’m pretty excited that I get to pass on the Scandal love with a great contest to win your own copy of Scandal Season 2.

5 lucky Family Food and Travel readers will win their own copy of Scandal Season 2 on DVD.  Contest open to residents of Canada – ends 29/9/13