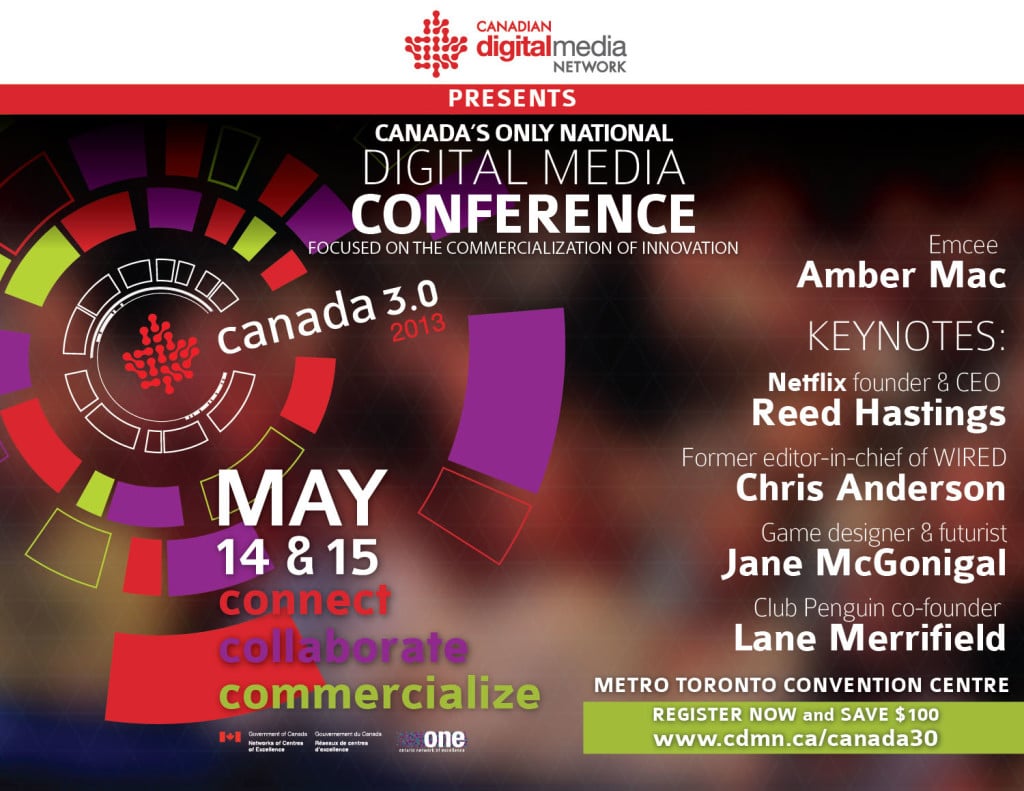 CDMN Canada 3.0 2013, Canada’s only national digital media conference focused on the commercialization of innovation, will feature world-class speakers, a wide-ranging program and showcase of Canadian entrepreneurship when it gets under way May 14 and 15, 2013 at the Metro Toronto Convention Centre. The conference, organized by the Canadian Digital Media Network (CDMN) and featuring emcee Amber Mac, is expected to draw more than 2,000 attendees from industry, government and academia to advance Canadian innovation.

*Disclosure – this is a sponsored post – all opinions are my own.