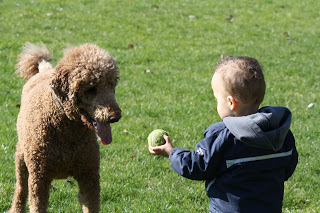 Almost 4 years ago my husband and I decided to get a dog.  There were so many reasons why we made this decision…a companion for my husband (who had moved continents to be with me), a reason to get out and be active, and mainly because we knew we would love to have one.  I suffer from horrible allergies (including dogs) so we began the search to find a Standard Poodle breeder who had puppies available.  Luckily we found one, and this beautiful red boy became ours. 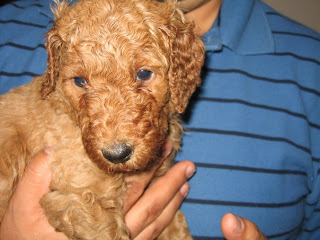 From the moment we picked up Jackson we knew he was the dog for us.  His gentle, kind and lovable nature was everything we were looking for.  While at times he was a rascal as a puppy, he has grown into such a well behaved and obedient young man. 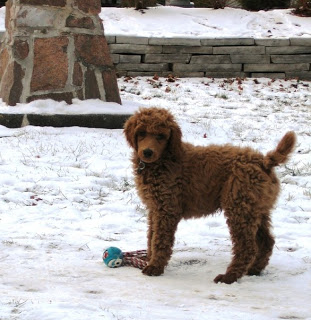 When I became pregnant, Jackson was protective and concerned, and on the day I went into labour, he knew long before I did what was happening.  Now, he is the perfect companion to our boys.  They LOVE him and since they were born I have been amazed at how kind, and loving Jackson is towards the boys. Even when they might be pulling his tail, or petting him a bit too hard.  Jackson wags his tail and smiles. 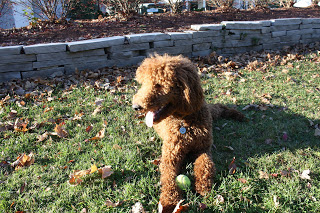 Before Jackson I used to think dog owners were a little too crazy about their pets.  But, now I understand just what an important part of our family he is.  I just hope he can survive the boys current fascination with riding him like a horse!